GANs are widely applied to estimate generative models without any explicit density function, which instead take the game-theoretic approach: learn to generate from training distribution via 2-player games.

The objective is also:

After training, use $G$ to generate new images

Parzen-window density estimator[9] should be avoided for evaluation.

The salient difference between VAEs and GANs when using backprop: 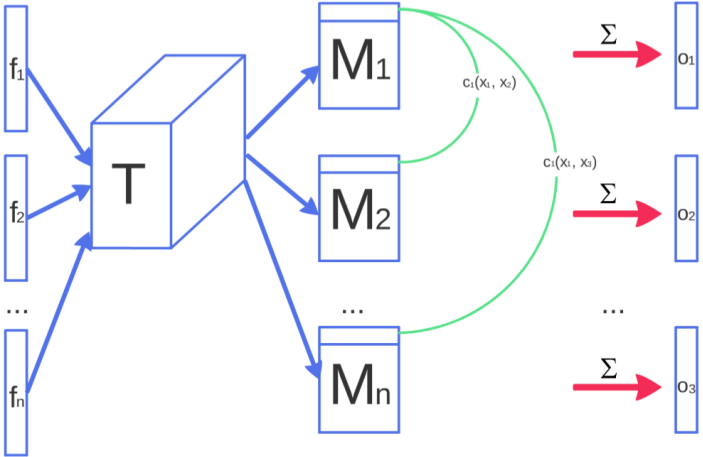 Allows to incoporate side information from other samples and is superior to feature matching in the unconditional setting. This helps addressing mode collapse by allowing $D$ to detect if the generated samples are too close to each other.

Conditional GAN[6] feeds the input $y$ to conditional on both the generator $G$ and discriminator $D$.

The objective function is: 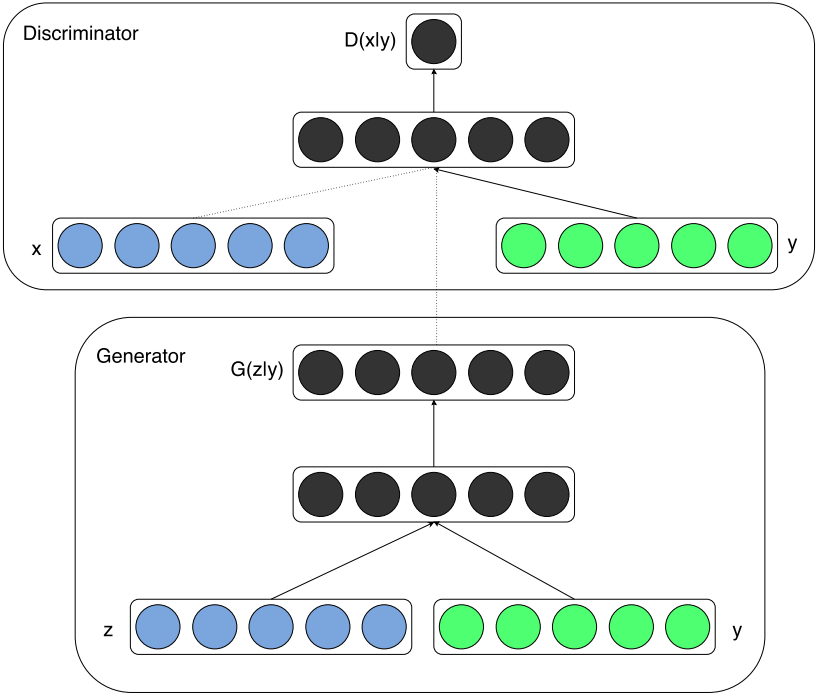 The variational lower bound of the mutual information $I(c;G(z,c))$:

where can be maximized w.r.t. $Q$ directly and w.r.t. $G$ via the reparametrization trick. Hence can be added to the GAN’s objectives with no changes to GAN’s training procedure.

Thus, InfoGAN defines the minimax game with a variational regularization of mutua information and a hyperparameter $\lambda$:

WGAN[7] designed the objective function such that $G$ minimizes the Earth Mover/Wasserstein distance between data and generative distributions.
It improved the stability of learning, avoiding to balance generator $G$ and discriminator $D$’s capacity properly. It also got rid of the mode collapse.

Assume that we search over a parameterized family of functions which $w \in \mathcal{W}$:

while $\theta$ has not converged do 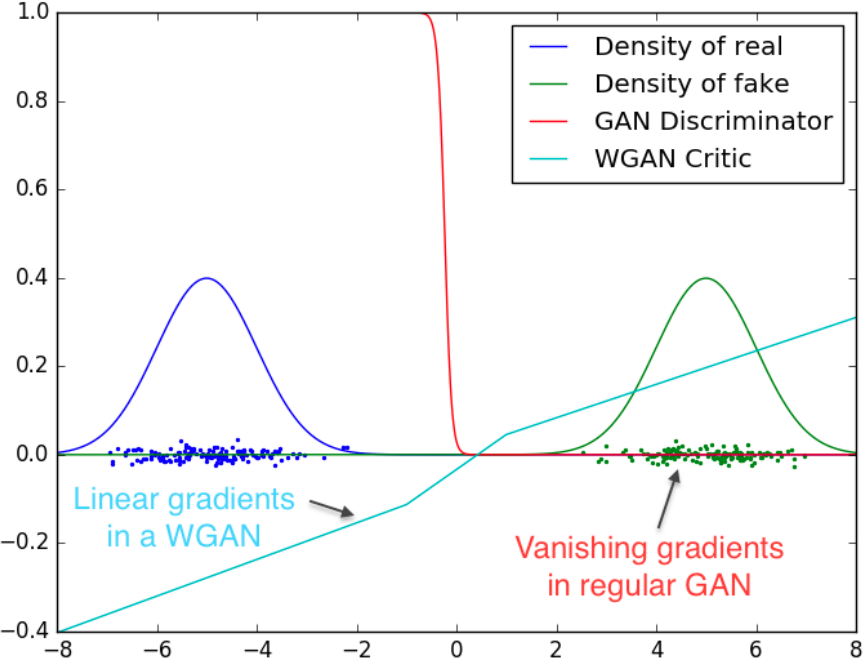 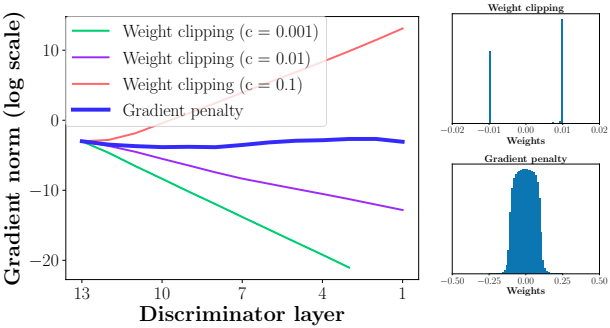 The gradient penalty[10] (WGAN-GP) is an alternative to implement the Lipschitz constraints. “The differentiable function is 1-Lipschtiz iff it has gradients with norm at most 1 everywhere”[10].

The new objective is:

while $\theta$ has not converged do

Spectral normalization[11] is a novel weight normalization method to stablize the training of discriminator $D$.

For a linear layer , the norm is given by:

If the Lipchiz norm of the activation function , we can use the inequality to observe the following bound on :

Our spectral normalization normalizes the spectral norm of the weigth matrix $W$ so that it satisfies the Lipschitz constraint $\sigma(W)=1$:

Further, a scale parameter are applied on the attention layer output:

where $\gamma$ is a learnable scalar and is initialized as 0. 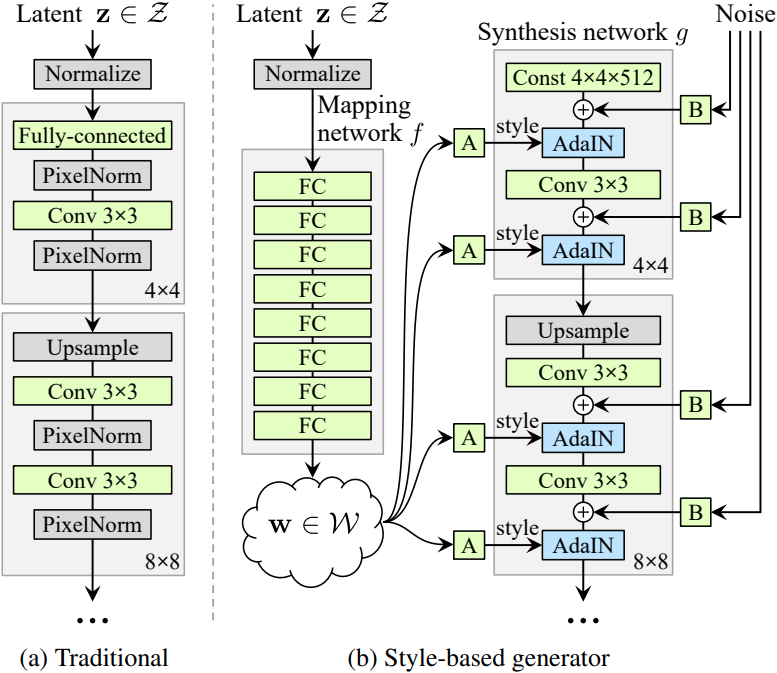 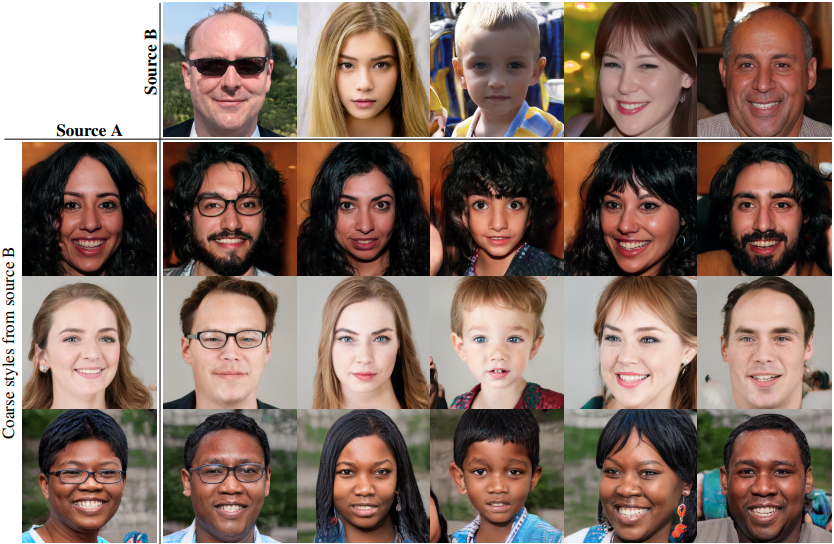 THE LEARNED CAN SEE TWICE.
0%