Let be the gradient of the error function $E$ w.r.t a weight at update time $t$.

How to set the learning rate?

Initialize the $\eta$, and update as the training processes

The numerator of update term is not manually $\eta$, resulting in insensitivity of pre-defined learning rate. 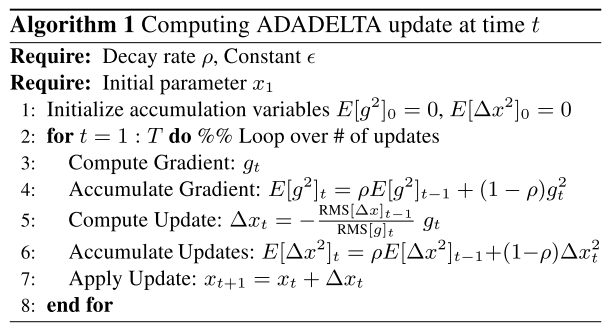 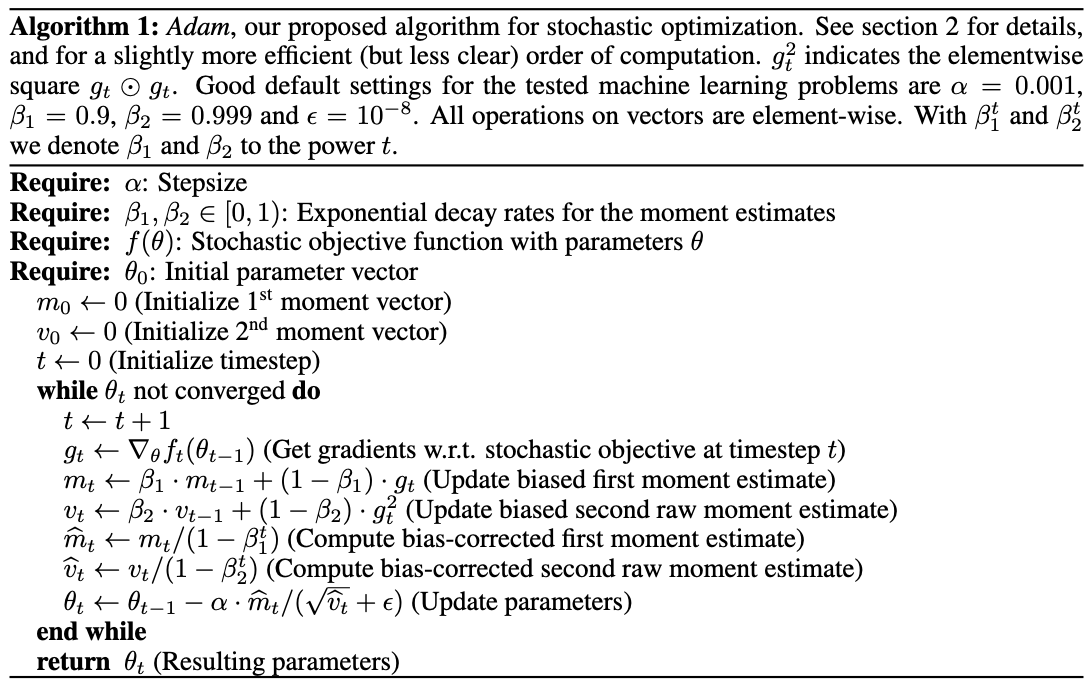 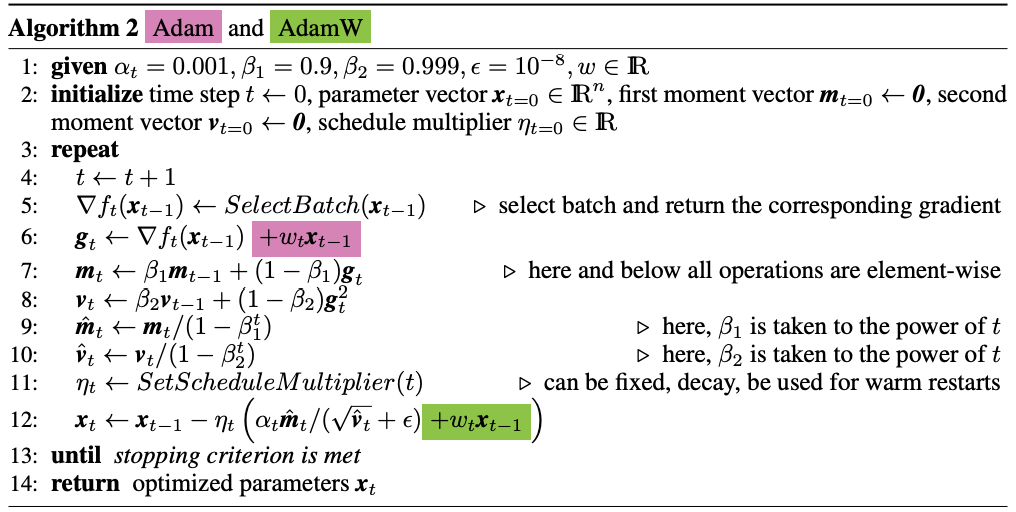 Let denote the length of Simple Moving Average (SMA), be the maximum length of the approximated SMA. 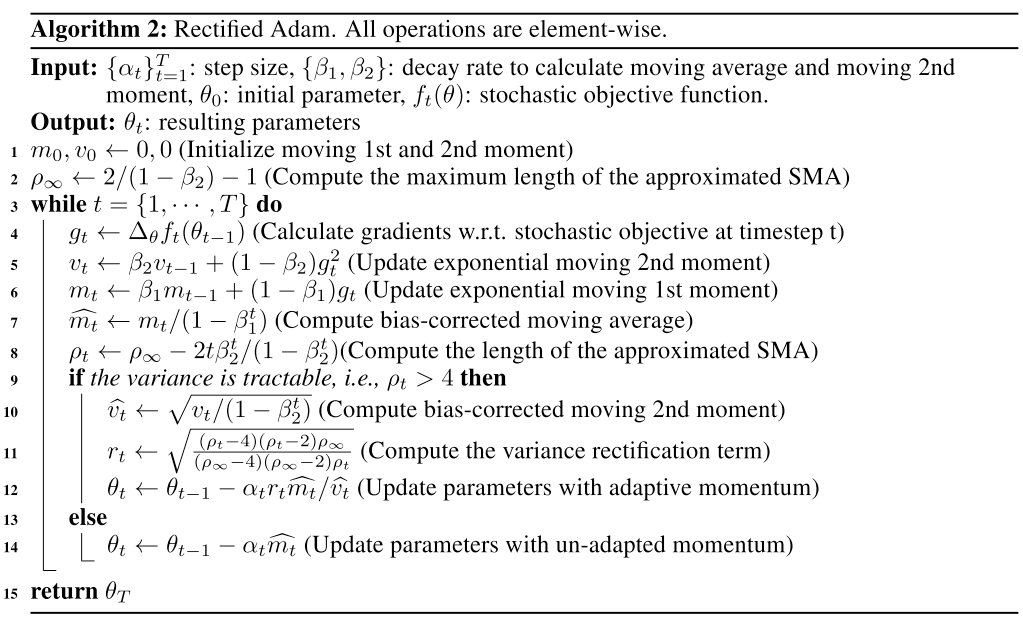 Lookahead [11] is orthogonal to 1) adaptive learning rate schemes, such as AdaGrad and Adam, and 2) accelerated schemes, e.g. heavy-ball and Nesterov momentum. It iteratively updates two sets of weights. 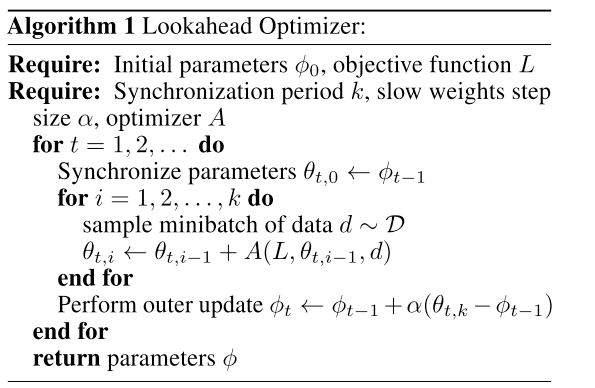 Ranger[12] applies RAdam as the optimizer $A$ in Lookahead algorithms (source code: [13]).