A summary of key advances of Deep Q-Networks. 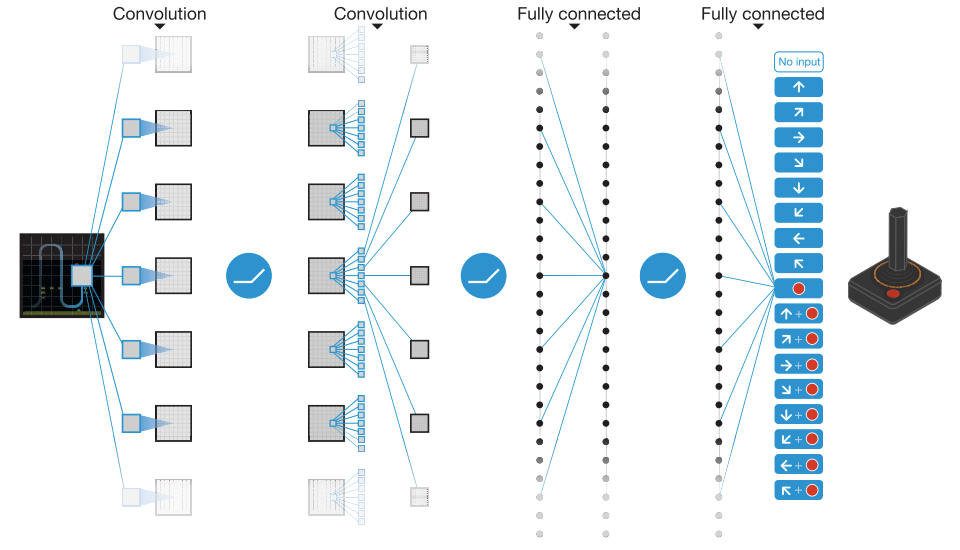 To perform experience replay, store the agents experience at each time step $t$ in a dataset . During learning, at each time step, apply Q-learning updates on samples(or minibaches) of experience , drawn uniformly at random from the pool of stored samples. The target Q-network do periodical updates, so as to reduce the corerlations with the target. The loss function at iteration $i$: 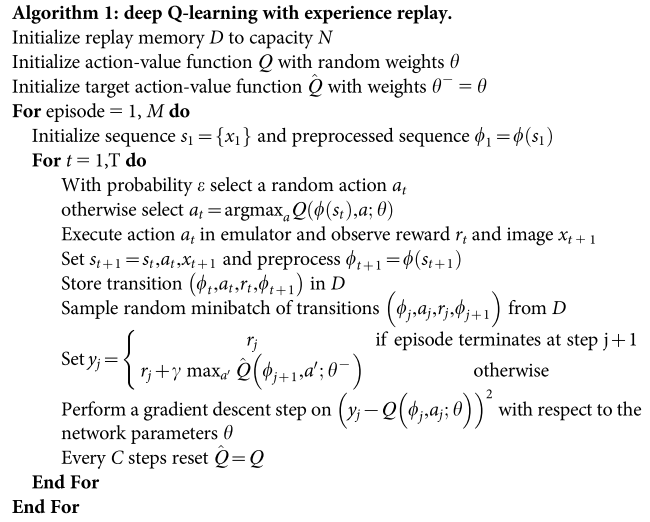 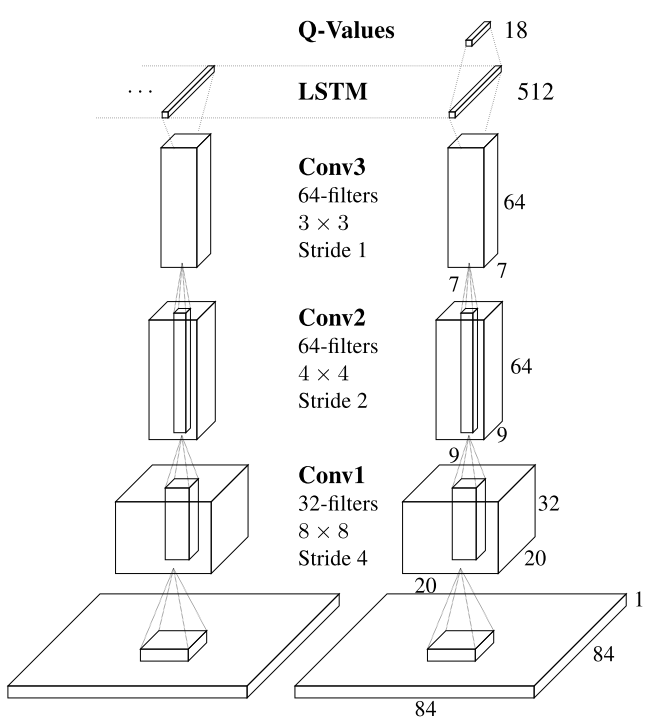 In DQN, the target Q-function is:

In Double DQN, the target is:

The weights of target Q-network stayed unchanged from DQN, and remains a periodic copy of the online network.

where $\epsilon$ is a small positive constant that prevents the edge-case of transitions not being revisited once their error is zero. 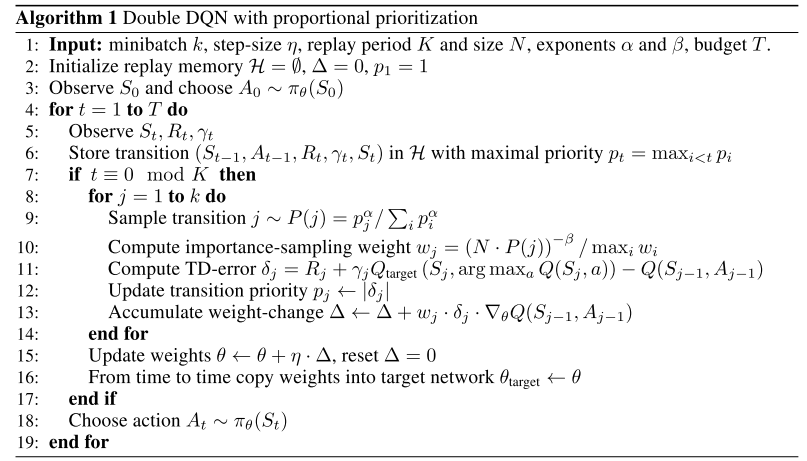 $Q$ measures the value of choosing a particular action when in this state:

$V$ measures how good it is to be in a particular state $s$:

The Advantage function measures the relative measure of the importance of each action:

The above equation lead to identifiability that given $Q$ we cannot recover $V$ and $A$ uniquely. In other words, the resulting value remains the same if adding a constant substracted from $V$, to the advantage $\mathcal{A}$.
Thus, they forced the advantage function to zero by substracting the $\max$ value of $\mathcal{A}$:

An alternative way is replace $\max$ with average op:

This alternative loses the original semantics of $V$ and $A$ since they are off-target by a constant, but it increases the stabiliity of the optimization.

The $\text{softmax}$ version’s performance matched the above average version. 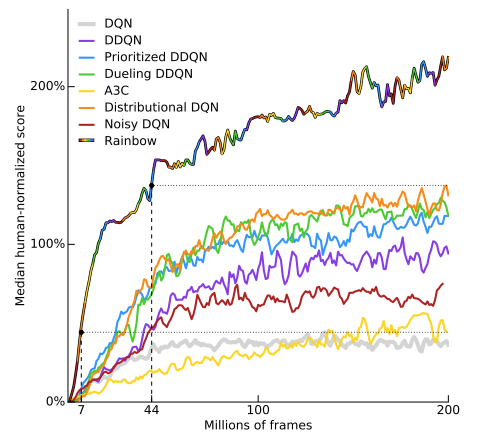 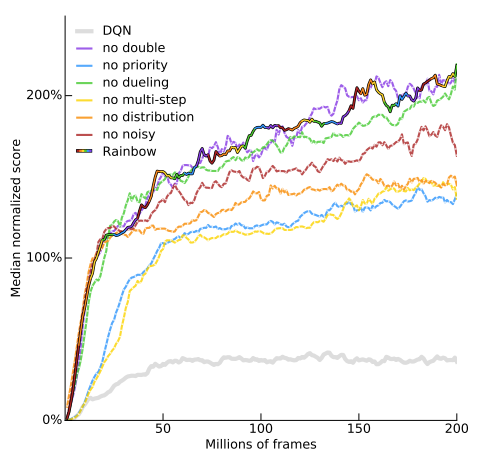