Summary of word tokenization, as well as coping with OOV words. (This is expanded based on my MT course lectured by Dr. Rico Sennrich in Edinburgh Informatics in 2018.)

How to Represent Text?

Drawbacks:
Representing the input as a squences of characters can have following problems:

Byte-Pair Encoding (BPE) relies on a pre-tokenizer that splits the training data into words. 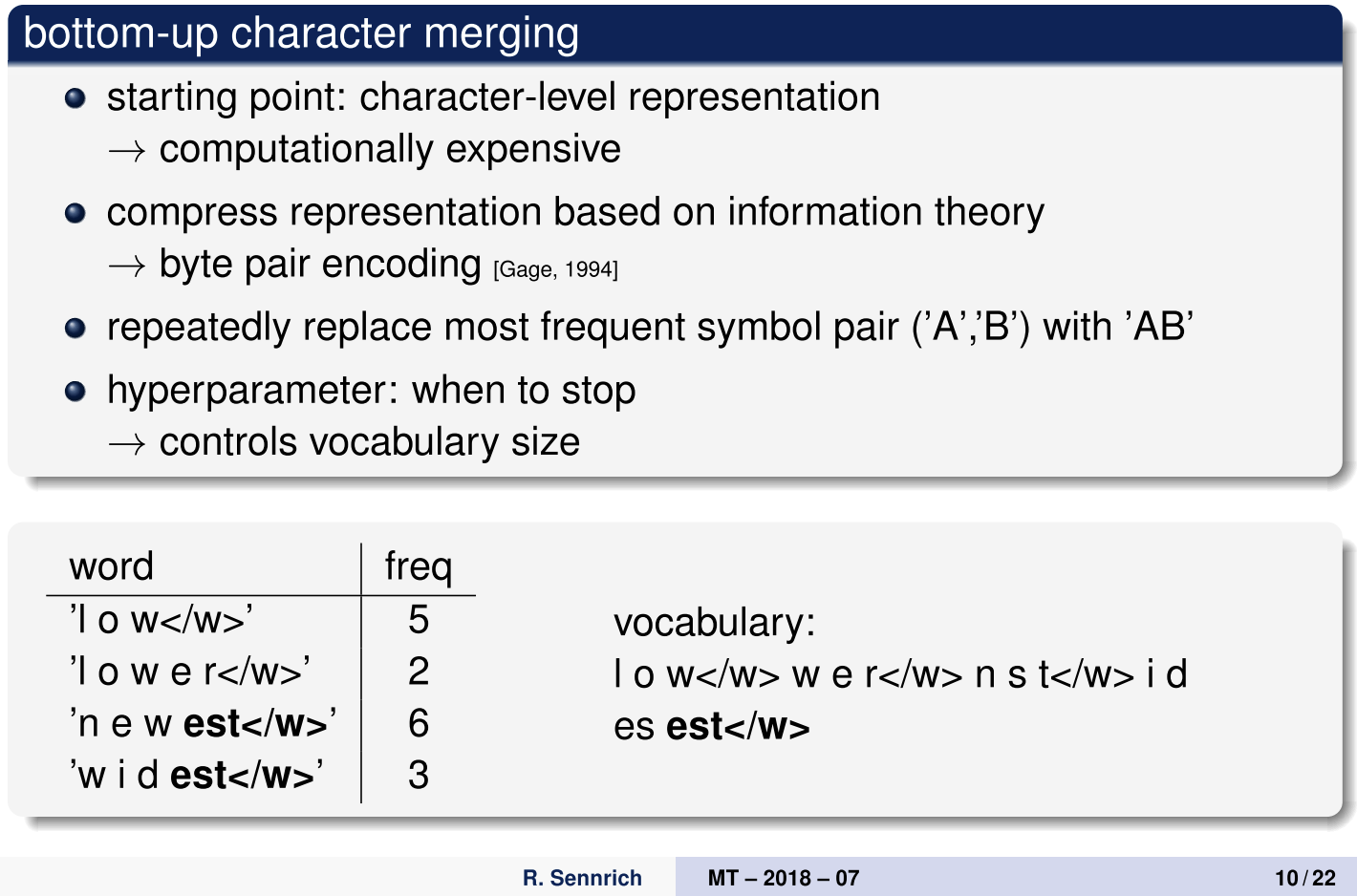 Pretokenzation splits the texts into words, For example:

Given pre-tokenized tokens, we can train a BPE tokenizer as follows:

BPE encodes the input tokens one by one, progressively merging the pairs according to frequency during training (from high to low). In other words, merge according to the merge order bpe_codes in merge.txt (with decreasing frequency).

WordPiece was firstly proposed in Google’s Japanese and Korean voice search system[8], and was used in Google’s machine translation system[9]. It deals with an infinite vocabulary from large amounts of text automatically and increamentally by running greedy algorithms. This provides a user-specified number of word units which are chosen in a greedy way (without focusing on semantics) to maximize the likelihood on the language model (LM) training data - incidentally the same metric during decoding.

How to choose which pair to merge?
Suppose we get $z$ after merging neibor subwords $x$ and $y$, the difference between LM loglikelihood is:

Subword Regularization based on a unigram language model[10] assumes that each subword occurs independently, and consequently, the probability of a subword sequence $\mathbf{x} = (x_1, \cdots, x_M)$ is formulated as the product of the subword occurence probablities $p(\mathbf{x})$:

where $\mathcal{V}$ is a pre-determined vocabulary. The most probable segmentation $\mathbf{x}^*$ for the input $X$ is given by:

where $\mathcal{S}(X)$ is a set of segmentation candidates built from the input sentence $X$. $\mathbf{x}^*$ is obtained from the Viterbi algorithm.