Given as input an HMM $\lambda = (A, B)$ and a sequence of observations , find the most probable sequence of states 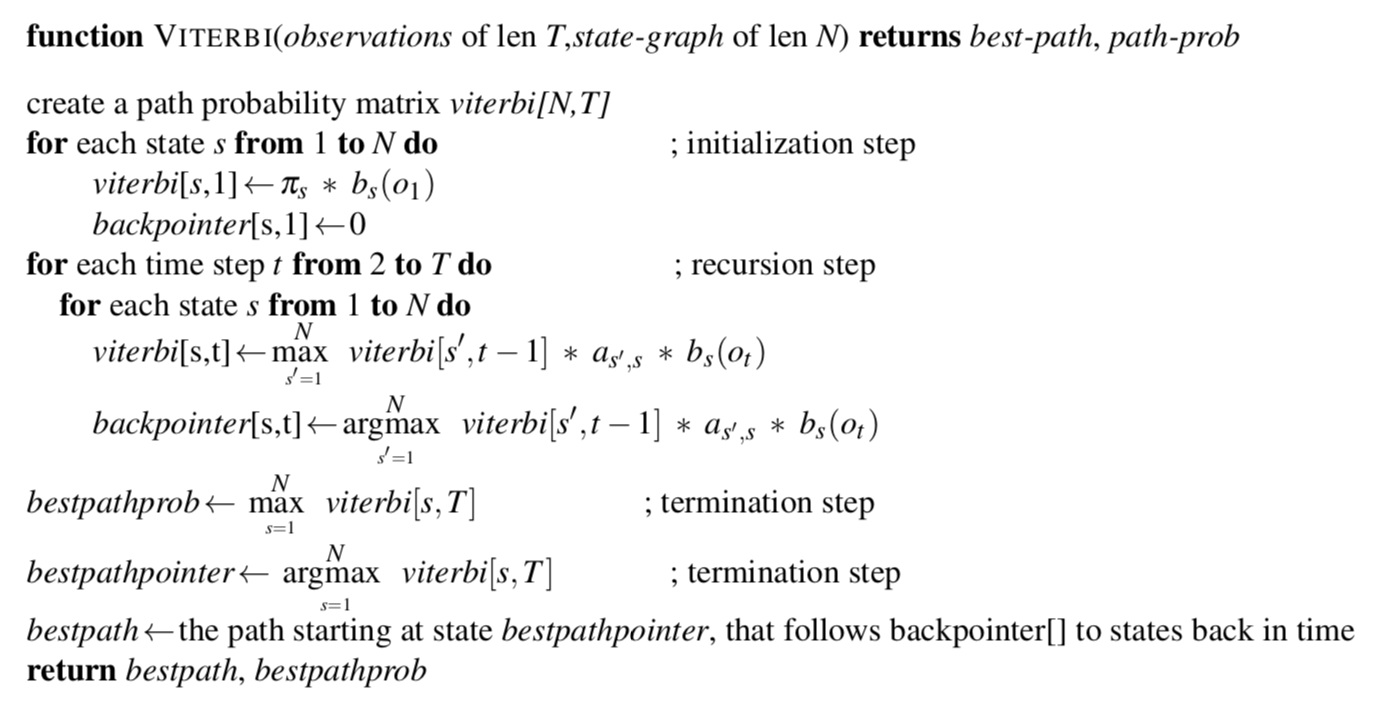