Softmax encounters large computing cost when the output vocabulary size is very large. Some feasible approaches will be explained under the circumstance of skip-gram pretraining task. 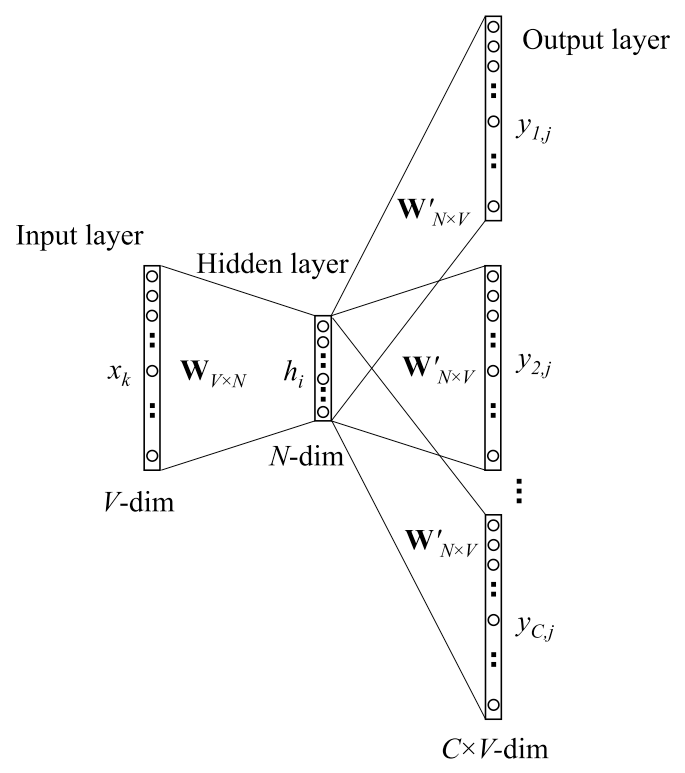 The training objective of Skip-gram model is predicting the surrounding words in the sequences. Given a sequence of words w1,w2, …, wT. The final objective is to minimize the average log probability:

The output of skip-gram formula is: 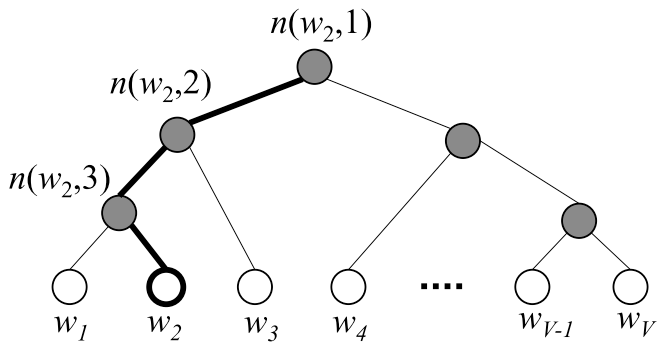 For each leaf node, there exits a unique path from the root node to that unit, on which path the probability is estimated along the nodes in the path. As the figure below shown, the highlighted path is from root to the leaf node w2, denoted $n(w,4)$, where $n(w,j)$ denotes the jth node on the path from root to the word $w$.

The marked path can be computed as:

It is obvious that

Negative Sampling(NEG)[2] selects a subset of negative targets as well as the target to approximate the softmax normalization.
The objective is defined as:

where wO is the output word, is the output vector. $h$ is the hidden layer output, and the values on Skip-gram and CBOW are as descibed in the previous section.

Adaptive Softmax partition the vocab into clusters, Vh and Vt, representing the head of distribution consisting of the most frequent words and the tail denoting rare words. Each cluster is regarded as independent, and the capacity of clusters are adaptive. [2] found that the small number of clusters can obtain comparable results as the original softmax on the very large vocabulary size.