Reasoning the relations between objects and their properties is a hallmark of intelligence. Here are some notes about the relational reasoning neural networks.

where $\color{red}{\pmb{a}}$ is the aggregation function.

When we take it as summation, the simplest form is:

The summation in RN equations indicating the order (permutation) invariance of the object set. max and average pooling can be used instead. 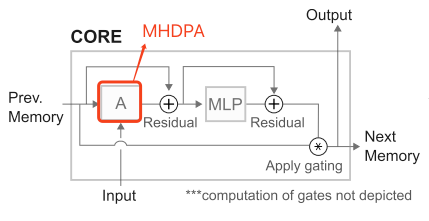 where is a row/memory-wise MLP with layer normalization.[4] 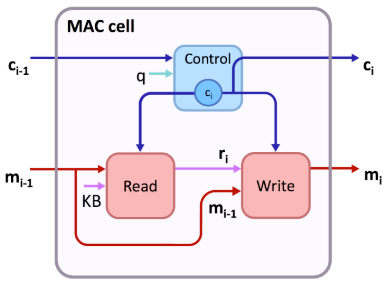 Given the contextual question word , the question representation , the previous control state .

Concat $q$ and , then pass 2-layer FFCC followed by a softmax function.